Windows, is a meta family of graphical operating systems which is developed, marketed, and sold by Microsoft. Although Windows was founded (1975) much earlier than Linux (1991), however, Linux has several benefits over Windows.

The main advantage is the security that Linux encompasses whereas Windows has security flaws and sometimes even caught in public.

As the emergence of devices using Linux is increasing, Linux is growing rapidly in the market and people find it highly reliable.

Linux is more secure than any other operating systems despite its code readable by everyone. It performs full multitasking with protected memory which efficient and many programs can run on it. It is not cluttered with unnecessary lot options.

Linux also remains safe in the realm of widespread viruses, adware and spyware. Therefore, it is quite popular operating system for web servers.

On the other side, Microsoft Windows is the most likeable OS for viruses and malware. Second important benefit of Linux is that unlike Windows OS, it is available in number of distributions or distros and each of these is marked with unique set of advantages.

Other benefits of using Linux open source over Windows are Cost, choice, hardware, software, flexibility and compatibility. Now, let us discuss these features one by one in detail. Cost is the most obvious benefit as using Linux is free to obtain and on the other hand, Microsoft Windows are available in a hefty price range.

Linux can also be installed on numerous computers without any payment while for Windows, it is not so. Linux enables a power of choice i.e. the user has a power to control every aspect of the OS including desktop look and feel whereas Windows makes you stuck with the boring default desktop themes and risk corruption or failure while installing a third-party shell.

Due to the open source nature of Linux, there are great options just for editing text on the command line and regular users also can contribute applications all the time and these features make its software an excellent choice.

Its software also tends to possess more features with greater usability than that of Windows software. It also has benefit from its hardware side as installing Linux and using it as a firewall, file server or a backup server is easy.

There are wide number of possibilities with it and it is also perfect for old computers which have barely any processing power or memory. Linux users also do not have to deal with additional “hoop jumping” and anti-piracy schemes making it more flexible for them. Linux is a robust operating system and a great alternative to Windows operating system.

However, a scholar would understand the true advantages of it and how to explore and exploit it beneficially. Users with passion to learn more about Linux will go a long way. 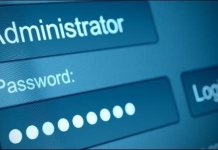 Satguru Technologies - December 4, 2017
0
OnePlus introduced a new model 5T of its users. It is integrated with the top-notch specifications and hostile pricing. The launch had created an...