Linux is an open source operating system which is freely distributable. It is a cross-platform OS based on Unix which can be installed on laptops, PCs, netbooks, tablet devices, mobiles, video game consoles, supercomputers, etc. Similar to other OS like Windows, OS X, and iOS, it has a graphical interface and similar kinds of software like word processing applications.

However, it is different in other ways from other Operating Systems, for example, it is available to public to view, edit as it is free, and it is incredibly customizable.

It differs from Unix though most of the features are similar. Both have similar tools for interfacing with file system layout, programming tools, etc. But Unix is not free. Most of the webpages which are generated in internet through Linux servers as these are highly secure receive a good support from large number of users. Many commercial companies like Red Hat, Canonical and SUSE also are supporting Linux.

Hacking is something which is common today. It is exploiting computer systems or a private network via identifying weakness and gaining unauthorized access. It is a punishable act, however, talented technological people try it for varied purposes. If anyone is looking for best hacking tools for Linux operating system, then let us learn here about it. First of all, the person should know its operation so that he can get started with the hacking process.

The best version of Linux considered for hacking are Kali Linux, Parrot Security Os, BackBox, Pentoo Linux, Samurai Web testing framework, DEFT Linux, Caine and Network security toolkit (NST).Many hacking tools are available with hackers and Linux has most powerful hacking tools that can be used at ease. Kali Linux is known as the best hacking tool operating system, it is maintained and funded by Offensive security. It is free for download and Kali Linux images are generated every few months.

It can be downloaded with latest release through internet. BackBox Linux is another free open source community project that is built on one of the cloud platforms for penetration testing. It can be downloaded from BackBox penetration testing operating system. BackTrack Linux is used for ethical hacking and it started with earlier versions of Linux distributions including Whoppix, Auditor and IWHAX. BAckTrack Linux is similar to Kali Linux, in some ways the latter is better to choose.

BlackArch Linux is an Arch based penetration testing distribution used by penetration testers and security researchers. Its repository has over 1600 tools. BlackArch contains multiple windows. DEFT stands for Digital Evvidence and Forensics Toolkit which is a distribution made for computer forensics. It is based on GNU Linux and run live via USB pendrive or DVD ROM.

IT is installed or run as a virtual appliance on Virtualbox or VMware. NST or Network security toolkit was designed to provide easy access to best Open source network security applications and has easy access. Besides all of these hacking tools, there are more tools like Pentoo, NodZero, GnackTrick, Bugtracq, Knoppix STD, etc.

A professional hacker will know all tricks and skills to make use of these tools. The cyber space security team makes the best use of it.

Top 5 Websites to order Pizza in the United States

Satguru Technologies - May 15, 2017
0
Websites to order Pizza in the United States - Are you a pizza lover? If the answer is in the affirmative, then the following information...

All About Cross-Site Scripting – How Hackers Can Use It to... 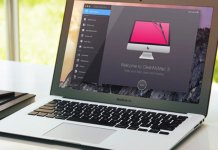