The antivirus software is there to protect your PC system against any virus or malware. Microsoft normally gives option of antivirus download along with its Windows devices in Microsoft Security Essentials head. Still many users are careless to download or update antivirus. The antivirus scan should be done once a month at least. But if you ignore this protection, you are susceptible to hacker’s attack.

The hackers are on the lookout for unprotected systems, when they find vulnerable spots they easily trespass and play on your home ground. The following ways you can keep them away.

Never keep outdated programs in your Window PC, keep them updated or if you do not need them delete them. The hackers look at the soft spots, once they find a hole they barge in with full force. It is suggested to enable Microsoft product updates program for updating various programs running on your PC.

Download advanced security programs including anti-malware, antivirus, firewall, and anti-spyware, only when you don’t have onboard pre- packaged security software. For any stronger hacking bit, be prepared with Malwarebytes Anti-exploit software by downloading it, you can stop any hacking bid before it happens.

The passwords are initial defense and security system for your Windows PC. The hackers can get through the simple passwords and hence, it is important that your password is complicated and tough to crack. A password with combination of 8 characters having upper & lower case letters, icons, or numbers would be tougher for hacker to get past. The white hats have found that 6 letter passwords with all lowercase letters can be hacked under flat 6 minutes of time.

Microsoft’s Enhanced Mitigation Experience Toolkit (EMET) is an onboard free security toolkit. This tool guesses hacker’s intentions and present its defense against it. This tool diverts, terminates, blocks or waive off all the hacker’s actions. This is the solid second line of defense after anti-malware and antivirus software. If EMET is not preloaded, you can download it free from Microsoft’s site.

The anti-hacker software is an additional security against hacking, along with other security and protection software. Its function is to clean your computer’s privacy and disable ‘run as administrator’ loopholes. This fires up startup scanner, identifies and deletes keyloggers. You can download this tool free also from various sites.

The Trojan Remover is designed to remove malware such as Trojans, Worms, Adware, Spyware etc. spontaneously when uploaded anti-malware and antivirus software fail to counter the malware. This counters hacker’s attack competently. Trojan remover displays on screen if any external attack on your PC is visible. After countering threats, it restarts the system and completely wipes out the attacking elements. This is available on 30-days free trial and at $24.95 after that period.
The experts believe, despite all the measures taken to secure the system, if need be, keep all the sensitive files and data on encrypted cloud only.

10 Online Available Tools That You Can Use for Hacking 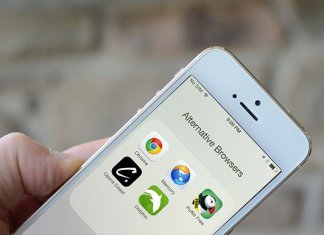