Top Hacks to Speed Up Internet On Mac PC – From much time the users are always seeking on the internet the different ways through which they could be able to speed up the Internet on their devices. But to all their hard work they have never got that potentially working method. For the Mac users, those who are using that extremely feature rich software platform Internet speed is the must to be noticed part. Low speeds could result in poor experience with the device, while in case you ever get on with the low speeds then this could be increased using the different ways. Here in this article, we have written about the best top hacking tricks for the Mac users through using which they could experience a lots faster internet speed on their devices indeed of their actual capabilities. If you were also seeking for the best hacks which you could play with on your Mac devices to boost the Internet speed, then you are exactly at the right place because we have just listed all major hacks and tricks for you. Now it’s your time just to follow up reading this article and hence get to know about those hacking tricks and all those hacks!

If you have shared up your internet connection with somebody else and you feel like it is not used for any purposes, then you probably should remove that connection because it might be the reason for the low speeds on your Mac. Even if you have the higher bandwidth connections then also the shared connections tend to use more power than you could think of. Just trigger the internet speed to boost up by either setting the custom bandwidth sharing for those shared connections, and this would help you lots.

The slow internet speeds could be the cause of those low potential servers that are sending the data packets to your device; you might have noticed with some particular websites using their specific servers. In this case, nothing could be done to boost up the speed of thew internet, but the issue could be solved by the hosting servers if you could contact them for the site you are owning. Either send the email to those low working websites to tell them to check on their speeds!

These are the damaging or the destructive modules of the digital tech that tends to slow down or even damage the various aspects of those working modules of the software or the operating systems. You might not be knowing that the viruses and the malware extremely affect the internet speed on your device, and now if you have known about that, you should preferably try to remove those from your device. Use up the high-quality antivirus and antimalware programs, and run up the live high-quality firewall defender for your browsers!

Try to play with the settings of the browsers you own to tweak up the highest performance for the internet speeds ultimately. If that doesn’t tend to provide you with many benefits then just use up any other best web browsers. Not always the same browser would possibly provide that same optimum performance on all the different devices, so better use up the another best browser for your device and make up all those tweaks and settings inside it such as to increase the internet speeds!

You could try to clear away all those junk from your device that would inversely help to boost the internet speeds by increasing the processing and performance of the device. There are multiple apps available for the only purpose of boosting the internet speed that probably would help you out to gain those significant higher values of internet data transfer rates! 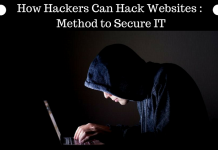 Satguru Technologies - October 31, 2017
0
The antivirus software is there to protect your PC system against any virus or malware. Microsoft normally gives option of antivirus download along with...

10 Android Apps to save Money while ordering Food Online 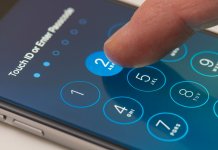 How Someone Can Hack and Track Your iPhone

What is Portable app and Why does it Matters