The game lovers look for the best and easy way out to play the android games. Hacking the android games can be advantageous as with right apps you can make inroads into the system memory and access the in-app benefits. Hacking the games on Android phones is not so difficult when you have the right apps and technology on your side. Here are the 5 best ways to hack games on android phones. 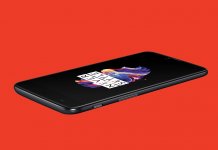 How to Install Ubuntu Linux on Samsung Devices